6 REASONS WHY CLIMATE CHANGE IS AN IMPORTANT ISSUE The world has been changing drastically since the industrial revolution. Yet, while we may have taken two steps forward, other factors push us back one step back. For instance, the industrial revolution brought heavy industries, locomotives, and automobiles. As a result, much of what we enjoy today in modern society has to be credited to the Industrial Revolution. The skyscrapers, the mass production of automobiles, electricity, and home appliances all stand testament to humanity’s progress.

However, with every innovation comes a downside, in this case, environmental damage. The reason we’re pushed back that one step is because of the damage we could not or did not predict, and while the previous generation has enjoyed the benefits, it is the present generation that suffers the effects of it. Climate change has become a hot topic due to this, as it should. If you’re here trying to understand why everyone’s talking about it, here’s a list of reasons that’ll convince you to talk about it too.

Human beings, along with other living beings, are, or soon will be, sustaining the greatest damage in terms of the envisioned idea of civilization and health. Health for any human being is their greatest asset. With climate change, winters are getting colder while summers are getting hotter. Weather cannot be predicted, and there are unprecedented amounts of precipitation. The impact of climate change on human health due to this unpredictability has been alarming, and studying this in detail will add clarity to the intensity of what we are to face. The new heat levels have activated dormant viruses and bacteria, which is why we hear of new illnesses and diseases. Human health is already adapting to the new climate with the added pressure of new viruses, bacteria, and climatic variations. Our bodily functions are slowly declining, and our physical activity is decreasing. The air we breathe in is so contaminated that we face the risk of multiple illnesses in our lungs alone.

If the effect of climate change on human health wasn’t enough, it’s affecting our wildlife too. In the past, various species of animals have gone extinct due to humans hunting them or affecting their habitats due to industrial interference. Many conservation efforts have been made, and laws are in place to protect wildlife. However, climate change is affecting wildlife as well. With the increasing temperature in the summer, tropical wildlife faces the danger of wildfires in forests.

A recent example would be the great Australian wildfires, where animals in huge numbers were displaced and even killed in those conditions. Due to the heat, glaciers and icy regions are melting more rapidly than they are forming, which is why animals like penguins and polar bears face the threat of extinction. Wildlife maintains a balance in the ecosystem, and with them in danger, disrupting that balance will also cost catastrophic damage to human life.

With oceans also becoming warmer, coral reefs are also dying out. But how does that affect us? Well, coastal areas are significantly protected by these marine plants. They act as barriers in the face of flooding, saving the lives sheltered behind them. They are also sheltered from a lot of marine life, the life that helps coastal communities survive. The fish that coastal communities eat shelter in these mangroves or coral reefs, and with them dying out, you can expect another resource to die out for the fisheries.

Climate change has become a great reason for dwindling freshwater supplies. Our lakes and rivers are dying out fast. While there have been unprecedented amounts of rainfall in many areas, it is unpredictable. One year, there might be an abundance of rain, but cities may not see another raindrop for the following years. The scarcity of clean water means we have less to drink and less water to wash with. Future conflicts will arise solely over issues on water supplies!

With glaciers and ice melting fast, sea levels are rising. It is predicted that coastal cities like Venice will be underwater in a few years! Glaciers in the mountains melt quicker than they form, which means the freshwater supply is dying in our lakes and rivers. But the rapid pace of those glaciers melting also means that the dams we’ve built to store and direct water resources are flooding, damaging, and penetrating our cities. Modern cities contain electrical infrastructure and cement roads, and the roads give out with urban flooding like this. It also hurts our electrical grids and supply, which stops much of our work. Given the effects of climate change, it’ll become increasingly difficult to sustain the life we are so used to, and civilization as we know it might start regressing.

6. Increase in Ocean Acidity and Rainwater

With increasing carbon monoxide and carbon dioxide levels in our atmosphere, they react with our water supplies to make them acidic, especially oceans. Acid rains are much more prevalent today because of these two greenhouse gases. Acid rains are damaging the infrastructure we’ve built because of their corrosiveness. Our oceans are also becoming increasingly acidic, affecting marine life and the fish we consume.

Furthermore, with the powerful countries using nuclear power, radioactive waste is effectively dumped in oceans, causing alarming results in ocean conditions. It is also effectively ‘activating’ the dormant viruses hibernating in the oceans, making room for new diseases and illnesses.

Climate change is one of the most significant challenges that humanity has had to face in recent years, and it is one of the most discussed topics. But unfortunately, this is the reality of where we stand. Climate change impacts our health, with new illnesses and mutations coming up almost daily. The pollutants and contaminants in our are affecting our respiratory systems. With habitats like forests burning in wildfires or coral reefs dying, many of the world’s wildlife is getting displaced and dying in large numbers. The balance in our ecosystem is dwindling, and the civilization we’ve built is effectively in danger because of flooding. These are a few of the many impacts of global warming and climate change and are compelling reasons for you, dear reader, to start talking about it. The world as we know it is in danger, and not talking about it will undoubtedly lead to not responsible action being taken in time to avert catastrophe. What Would the World Look Like Without anu menon? 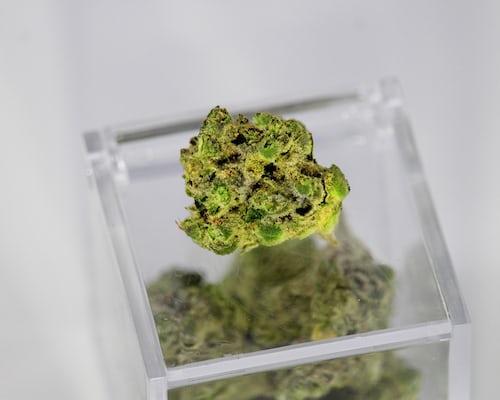